After my 16" MacBook Pro returns from sleep, my Wacom tablet is registered multiple (most of the times four, sometimes five) times which causes clicks in various applications to be triggered multiple times, which makes using them impossible. Among these applications are the Jetbrains family of IDEs.

If I unplug the USB-C cable from my computer and plug it in again, everything works fine again.

I've installed the latest driver (6.3.39-1), but it also occurred in at least two previous (I think) versions of the driver. 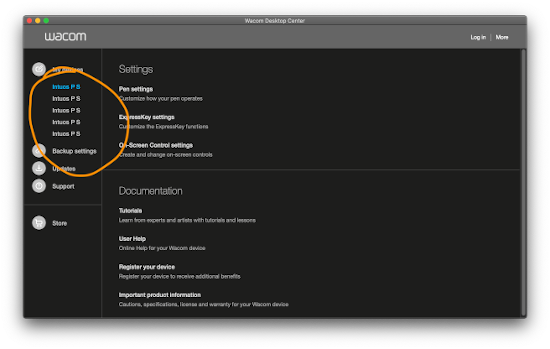 Any idea why this is caused,

Hello,
This is the first time I see this. Are you using a USB Hub? If yes, please try connecting the tablet directly to your Mac.
If the issue persists, please try resetting the PRAM and the SMC.
If the issue persists, you will need to contact our support so we can gather some logs and support you further - https://support.wacom.com
You might also want to check with Apple and see if it is possible to reinstall the Host Controller Driver: AppleUSBXHCIPPT
Need immediate help? Contact our Support: https://support.wacom.com
Top

Thanks for your response.

I've directly connected my tablet to my Macbook Pro to a USB-C port.

I've reset NVRAM and SMC but no difference.

Also: see below my USB settings: 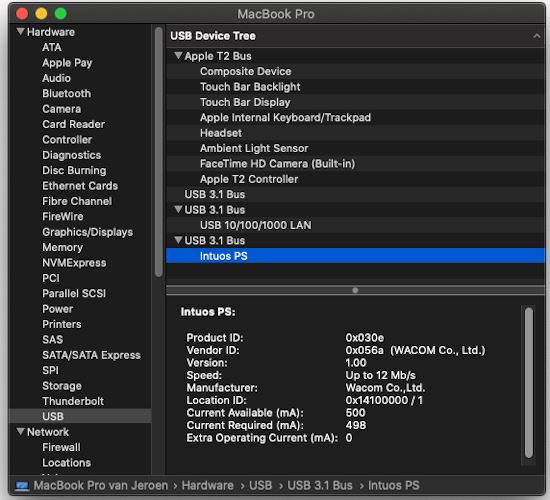 I'm unsure what you mean by reinstalling the Host Controller Driver: AppleUSBXHCIPPT
Top

That is the Apple USB driver. I wouldn't contact them and check if it is possible to reinstall somehow.
As I mentioned, this is the first time I see this issue so we are not really sure what could cause it. Please check with our support team. We will need to collect some log files and send them to our driver team.
Need immediate help? Contact our Support: https://support.wacom.com
Top
Post Reply
4 posts • Page 1 of 1